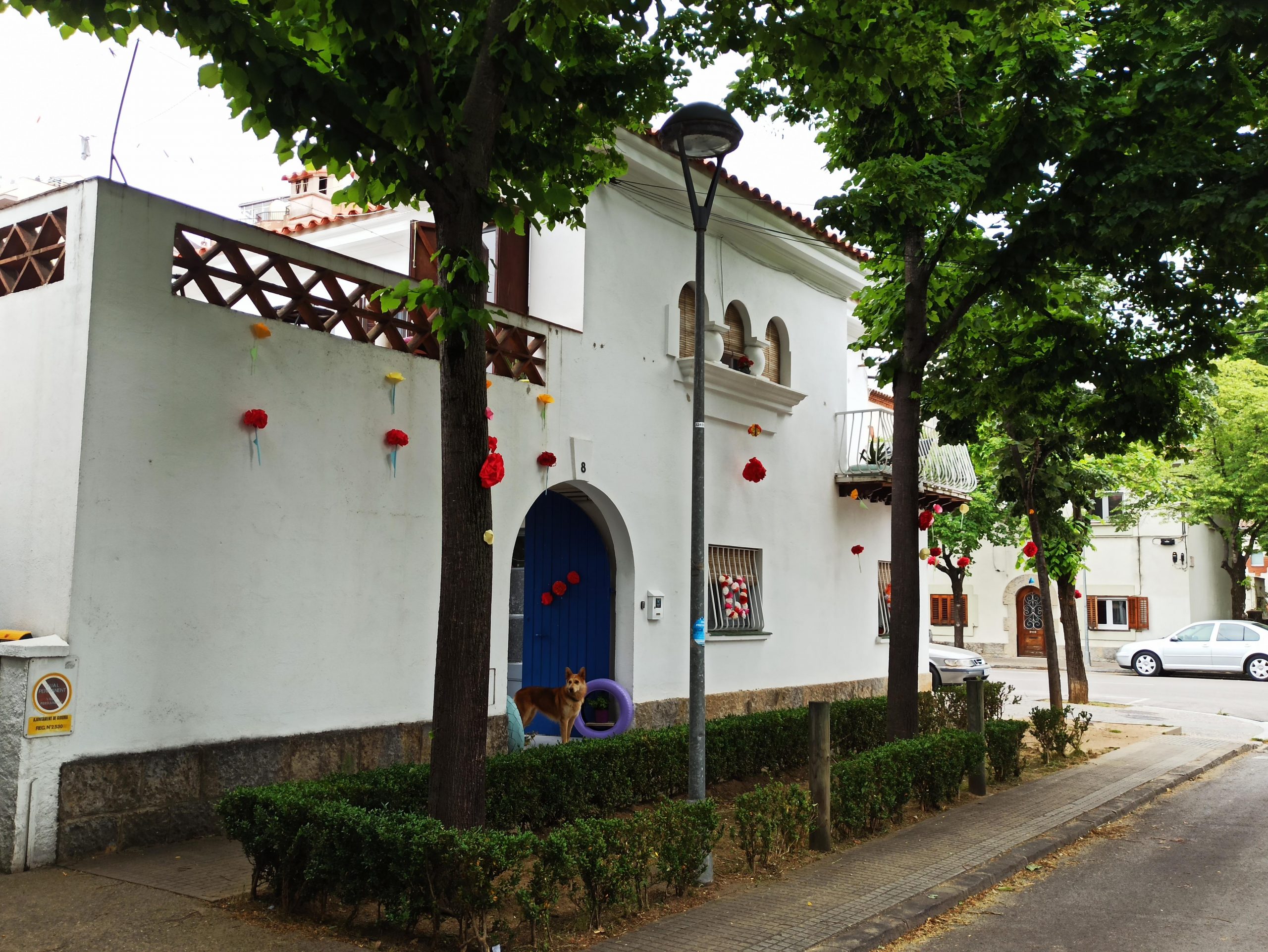 I write this post in the final stretch of the preparations for the Festival Temps de Flors (Flower Time) 2021. The first, since we opened Can Cocollona, ​​which will be held officially in the Plaça de la Assumpció de San Narcís, the first year, 2019, we were not on the official map of the festival. The second, despite the City Council having approved us, had to be canceled due to this pandemic that is already conditioning our lives too much.

The first year was a lot of fun but very tiring. We painted 100 wheels, yes yes, 100 tires, some oranges, others blue, pink … a well-colored square was left, and inside the wheels we planted aromatic and medicinal plants, chamomile, sage, rosemary, oregano, thyme, basil,  … it was a lot of fun, so that the clients who came to Can Cocollona, ​​they helped us paint, even to mount it in the square, they also had a good time.

Last year, we were very excited to finally officially belong to the festival, but the plan was spoiled by the pandemic, since a festival of this magnitude was very risky to take place under those conditions. But we also did not give up, and we decorated the house with flowers made by us, with material that we had at home, since it was only possible to go out for the essentials, the confinement gave a lot of itself, and we also encouraged other neighbors to decorate its windows and balconies, and it was very beautiful, at that time we were only allowed to go out for a few hours in the afternoon, so we could go through the streets admiring the houses, windows and decorated balconies !!

What difference is this year from the first, and not only because we have a budget for material, plants …, but because of the large and diverse group of volunteers who have joined, many residents of the intra-generational neighborhood, have encouraged themselves to paint, sewing, and doing all kinds of crafts, the Fedac school has also got to work and next week they will show us a very cool project. Several merchands in the square are collaborating, the Casal la Patuleia … and it is so beautiful, very different people get together and put our ideas in common, then the work is done… and next week we will assemble, paste here, hang there and plant !! we are going to plant a lot !! You dare? we will be delighted to welcome you !!